As League One begins to take shape, early-season table-toppers Ipswich Town travelled to Gillingham on Saturday as they looked to cement themselves at the league’s summit.

They have produced an impressive start to their return to the third tier, collecting 21 points from their opening nine games as they remain undefeated in the league – a statistic continued here, as they beat the Gills 0-1. It was Gillingham’s third loss of the season so far, winning two and drawing four of their matches played thus far.

In this tactical analysis, we will analyse the tactics of both teams, and look at how they contributed to the Tractor Boys’ sixth victory of the campaign. 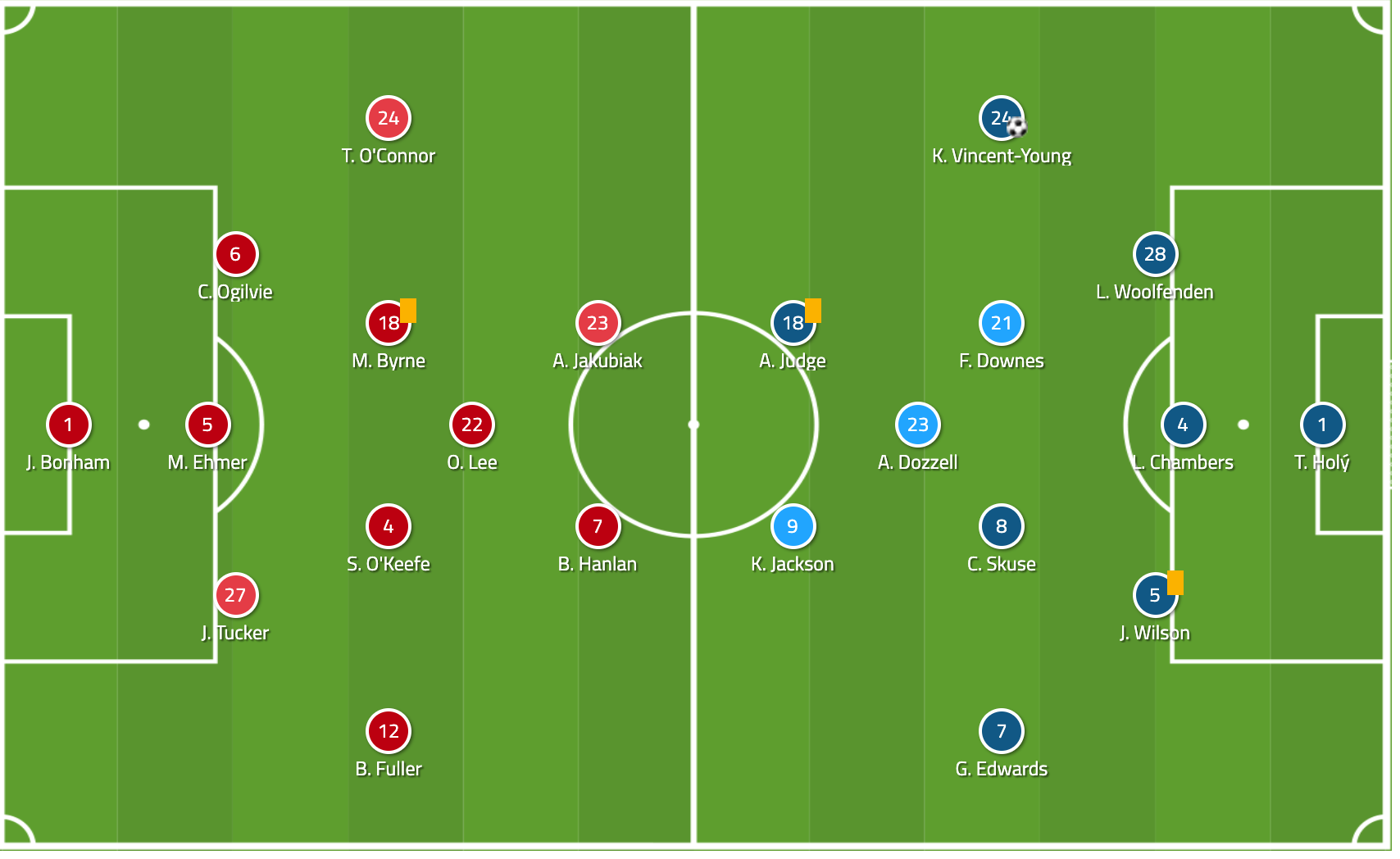 Both teams have shown tactical flexibility this year, having adopted a number of different systems within various games. As it was, they both were lined up in a 3-5-2 formation for this clash, however, both with a slightly different variation.

Steve Evans’ set up in a more rigid variant, with strikers Alex Jakubiak and Brandon Hanlan both out-and-out frontmen that can either play with their backs to the goal or be looking to run in behind. Stuart O’Keefe – in for the injured Alfie Jones – was tasked with providing genuine defensive solidity in midfield, with Mark Byrne and Olly Lee more box-to-box players who were looking to support their attackers. Jack Tucker kept his place after impressing as a substitute in their draw at Bristol Rovers last time out, whilst Barry Fuller was fit enough to start here having been an early casualty at the Memorial Stadium with a knock to the knee.

As for the visitors, they take on the system was more of a fluid one, with Alan Judge, despite being listed as a striker, being given licence to roam around the final third as he pleased. Youngsters Flynn Downes and Andre Dozzell partnered the experienced Cole Skuse in the centre of midfield, whilst Kayden Jackson operated as their traditional number nine upfront.

If you want to read the full tactical breakdown of this game, head over to totalfootballanalysis.com or click HERE

If you love tactical analysis, then you’ll love the digital magazines from totalfootballanalysis.com – a guaranteed 100+ pages of pure tactical analysis covering topics from the Premier League, Serie A, La Liga, Bundesliga and many, many more. Buy your copy of the August issue for just ₤4.99 here