impressive starts to the new season for various reasons. Dale have caught the eye thanks to the ultra-aesthetically pleasing style they have adopted under new manager Brian Barry-Murphy, while Pool remain unbeaten in the league, having collected ten points from their opening four matches before this clash.

A tight game that finished 0-0, with neither side truly asserting a great dominance on proceedings. In this tactical analysis, we look at the tactics of both teams and use our analysis to dissect their methods. 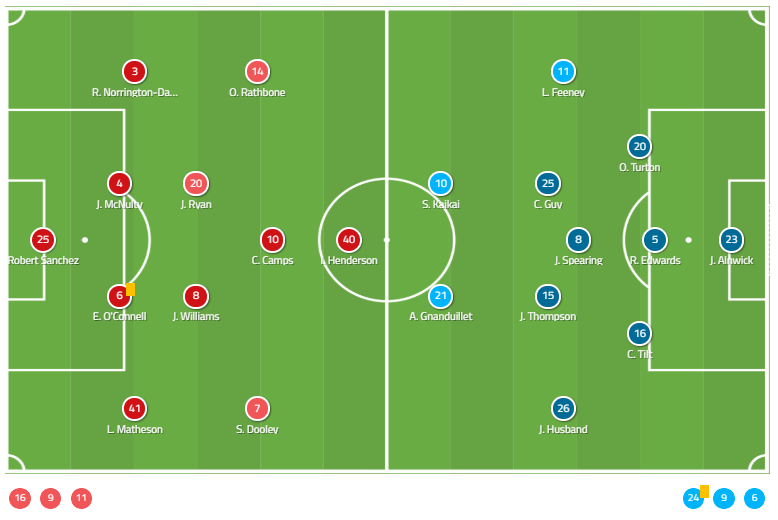 Rochdale lined up in a fluid 4-1-4-1 variant, with players having the freedom to rotate around and interchange positions depending on the situation. Four of the five midfielders were able to change the roles and areas they were taking up frequently, in order to try and drag around the Blackpool midfielders to open up spaces and gaps in the final third. The one defensive constant was Jordan Williams, who sat in front of the defence at all times to offer a licence for the more attack-minded players to express themselves – as we will examine in more detail later on. They made only one change from their midweek 1-2 loss at home to Sunderland, with former Blackpool captain Jimmy Ryan replacing Aaron Morley.

If you love tactical analysis, then you’ll love the digital magazines from totalfootballanalysis.com – a guaranteed 100+ pages of pure tactical analysis covering topics from the Premier League, Serie A, La Liga, Bundesliga and many, many more. Buy your copy of the August issue for just ₤4.99 here.

Under the microscope: Jack Whatmough – The Wigan Athletic defender named in League One Team of the Year

Under the microscope: Michael Smith – The experienced forward who propelled Rotherham United to the Championship

The Data: Switzerland beat Turkey in Euro 2021 group A

Data Pack: Win for Gillingham at home against Morecambe

The Data: Ashley-Seal the game deciders when Northampton win over Port...