Port Vale welcomed promotion hopefuls Plymouth Argyle to Vale Park on Saturday in League Two, and Vale managed to secure an impressive 1-0 victory to leapfrog their opponents in the table.

A 76th-minute Nathan Smith header gave the home side the three points, and made it three games without a win for Ryan Lowe’s ambitious Argyle in the process as they slipped to eleventh place. In this tactical analysis, we will analyse the tactics of both teams, and look at how John Askey’s men managed to secure the win. 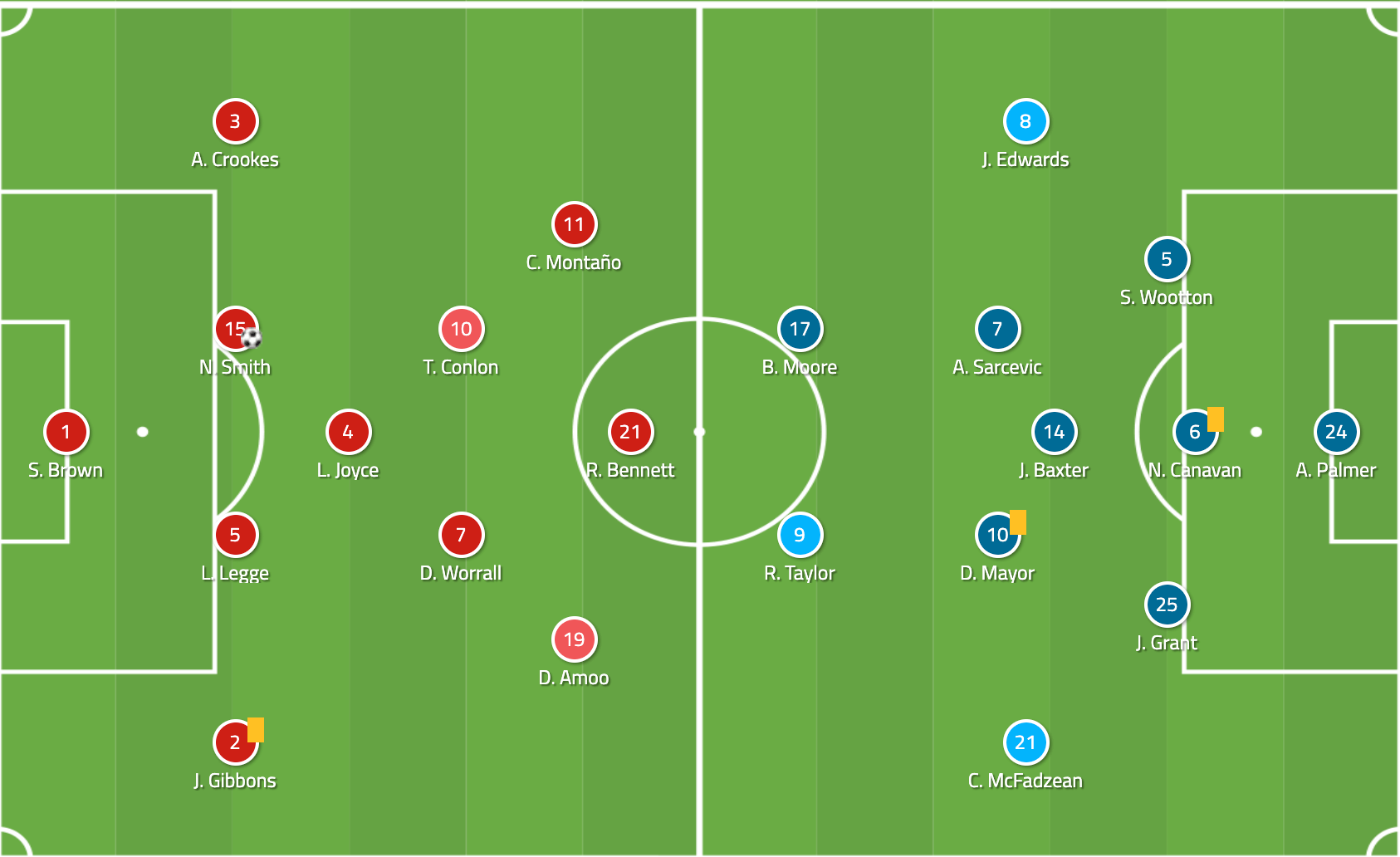 Askey set his side up in a 4-3-3 formation, with a central midfield three comprised of the energetic David Worrall on the right, combative Luke Joyce centrally and skillful Tom Conlon on the left. Target man Richie Bennett played as the central striker, with the pacy David Amoo and Christian Montano on the right-  and left-hand side respectively.

As for their visitors, they continued with their favoured 3-5-2. Joe Edwards and Callum McFadzean were wing-backs, with Jose Baxter and Antoni Sarcevic as the two deeper midfielders. Their presence gave licence for Danny Mayor to roam freely within the final third behind the two strikers, Ryan Taylor and former Vale man Byron Moore.

The EFL Stats Gallery: Were Swindon lucky to draw against Stevenage? Which player had the highest xG?

The EFL Stats Gallery: How did the Mansfield reds change the game? Who was Harrogate’s biggest threat?

The EFL Stats Gallery: Which Oldham player won the most aerial duels? How did Barrow score 3 goals with a low xG?

Under the microscope: Isaac Hayden – What can Norwich City expect...

Under the microscope: How is Liverpool’s Leighton Clarkson developing on loan...