Swansea City progressed through to the FA Cup quarter-final for the second successive season, recovering from a 1-0 half time deficit to beat Brentford 4-1 in emphatic fashion at the Liberty Stadium. In this FA Cup tactical analysis, we’ll take an in-depth look at the key battles between the two sides and how Swansea City recovered from a poor first-half display to running out as worthy winners after a thrilling second 45 minutes.

There looked like there was only going to be one winner at half-time. Brentford were in complete control and they should have got themselves into a more comfortable lead at the break having got into some excellent attacking positions. However, only one of their 10 first-half shots hit the target and that proved to be their downfall. Swansea, on the other hand, only managed one shot themselves but were clinical after the break. 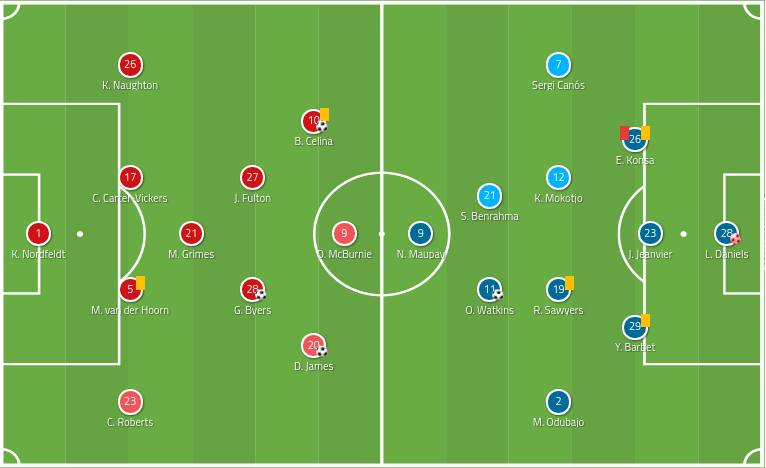 Swansea City manager Graham Potter made just two changes from the side that lost 2-1 at Leeds United in the EFL Championship on Wednesday night. Oli McBurnie recovered from illness to start to replace Barrie McKay and the other change saw Erwin Mulder make way for Kristoffer Nordfeldt between the sticks.