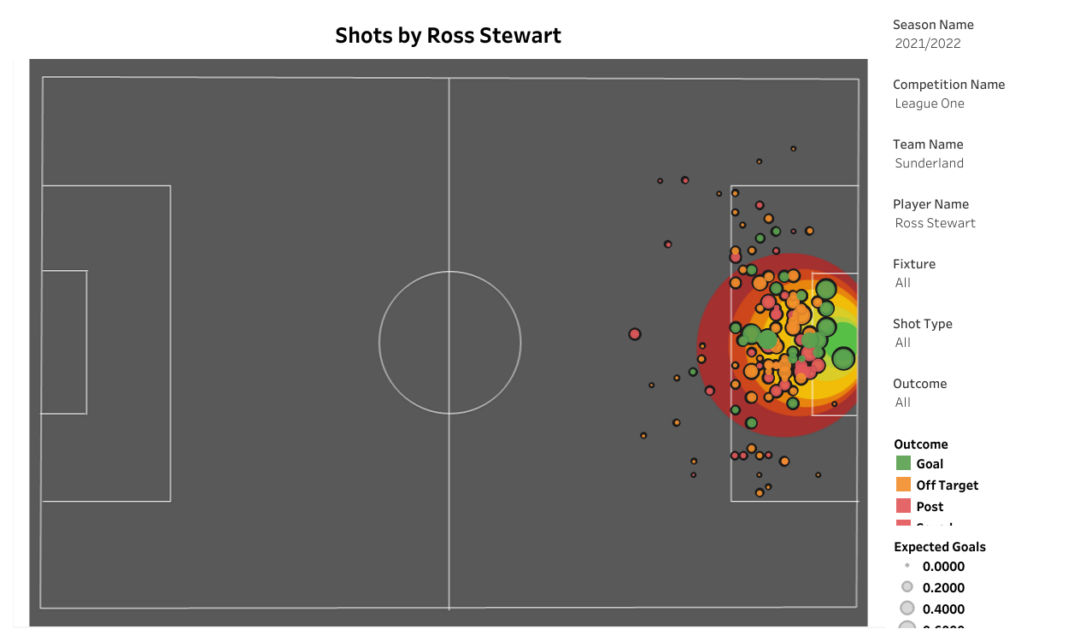 Sunderland’s wait for returning to the EFL Championship has finally ended after four long seasons in the third tier of English football. The Black Cats were the third team to be promoted from the 2021-22 EFL League One after they won the League One play-off final against Wycombe Wanderers. The Black Cats joined Wigan Athletic and Rotherham United, who were automatically promoted. The man who has been the saviour for Sunderland, time and time again throughout this campaign, is their top goalscorer, Ross Stewart. In this article, we will review the Scotsman’s season at the Stadium of Light. Stewart has played all 46 games for Sunderland in the recently concluded EFL League One season. In fact, he missed just 77 minutes of league football. During his 4,063 minutes of playing time, the Scotsman scored 24 goals for the Black Cats. All but one of his strikes came from inside the box. Four of his 24 strikes came from the penalty spot. Stewart attempted 130 shots throughout the season, hitting 56 of them on target, which took his shot accuracy to 43.1%. The Scotsman’s conversion rate at the end of the season stood at 5.42 shots per goal scored. Given above is the heat map of Stewart in the recent EFL League One season. The Scotsman was very influential for the Black Cats in the attacking third and on both flanks, showing his versatility. He was also able to drop deep and link up with the midfield when Sunderland did not have possession of the ball. Stewart made two assists in addition to his 24 goals. This meant that the Scotsman was involved in a goal every 156 minutes. Being a huge influence in the attacking third, Stewart made several passes into the opponents’ penalty area as well as carries into the opposition penalty box. Ross Stewart’s performances were enough for Sunderland’s long and painful stay in the third tier of the EFL system to come to an end. The Scotsman was even rewarded with his first-ever call up to the national team in late May.