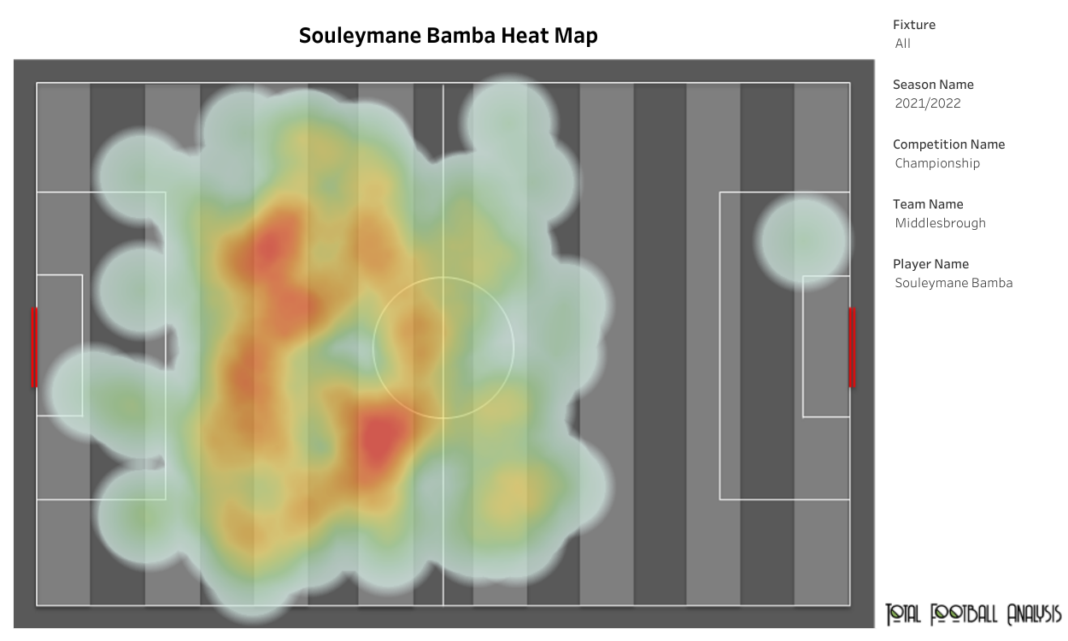 Preston North End failed to improve on their 2020-21 season as they finished in the exact same 13th place on the points table in the recently concluded 2021-22 EFL Championship season. Liverpool loanee, Sepp van den Berg, played for the Lilywhites in an 18-month loan spell, but he has since returned to the Reds and is unlikely to play for Preston. If that is the case, then the Lancashire club will have to bring in a replacement for the young Dutchman. One name who is on the opposite end of the age bracket and could join the team is Sol Bamba. Here, we will dissect whether the Ivorian veteran could replace the Dutch youngster in the heart of the Preston defence. Bamba made 24 appearances for Middlesbrough in the recently concluded 2021-22 EFL Championship season. He made 18 starts and played for 1,664 minutes. The Ivorian managed to register one assist during his time on the pitch. Bamba attempted 12.68 defensive actions per 90 and had a win rate of 87.06%, the latter of which ranked him in the upper quintile for defenders. He also attempted just under six defensive duels per 90 and won 29.41% of them. Bamba made full use of his height, winning two-thirds of the aerial duels he contested and attempted 4.77 of those per 90. The Ivorian veteran also completed just over six interceptions per 90 and 11.39 recoveries per 90. Bamba’s duel-winning locations are shown above. The vast majority of the duels he won came in his third, with a good chunk of these also coming in midfield. The type of duel he won the most was aerial duels, followed by ground-based defending duels and 50/50s. He rarely ventures forward as he won only six aerial duels in the opponents’ penalty box throughout the course of the season. The above viz shows Bamba’s heat map. As mentioned before, Bamba rarely makes advancing runs into the midfield, opting to stay in his third and being there to stop opposition attackers from entering the penalty box. The style and role of Bamba in this Boro team was to stop the opponents from getting into the penalty area and playing simple passes to his more risk-taking teammates.

While Sol Bamba is not a like-for-like replacement for Sepp van den Berg at Preston, he would certainly be a useful addition to the Preston backline if they are looking for experience and safety at the back.